In many ways, the Asus X570ZD notebook is a very interesting device as it is powered by the AMD Ryzen 7 2700U APU, that already has AMD Vega graphics but on top of that, you are also getting the Nvidia GTX 1050 discrete graphics card. The previous model, the X570UD came with the Intel CPU but it seems that Asus has gone with AMD in the new version.

Notebooks powered by the AMD Raven Ridge APUS; Ryzen 3 2200U, Ryzen 5 2500U and Ryzen 7 2700U are rare and only Acer is providing laptops that come with these APUs as well as discrete graphics but now Asus has joined in on the action as well.

It is interesting that the product page for the laptop is not available as of right now. It could be due to the similarities with the X570UD, which used the Core i7-8250U with the GTX 1050. If I was to take a guess, I think this laptop was intended for an Intel CPU as well but later on Asus went with AMD instead. Even though Asus has not mentioned the pricing or the availability of the product yet, Nvidia did not shy from tweeting about the product and the partnership with AMD and Asus. 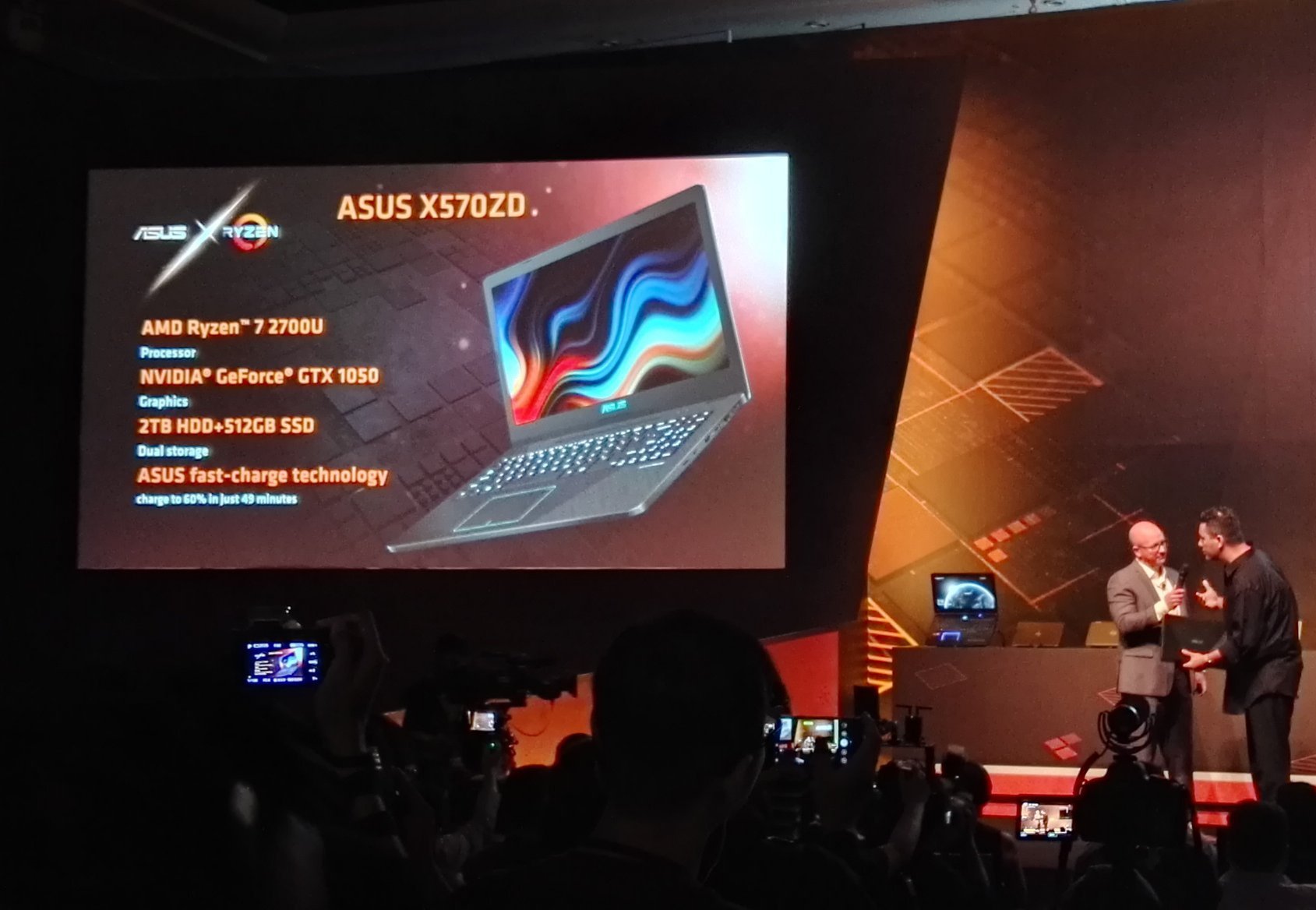 We have already seen the performance of AMD Raven Ridge APUs, they perform much better than the Intel HD graphics. You should be able to do some light gaming at low setting but then you have the GTX 1050 that will give you even better performance in games. I think that the APU will be doing the heavy lifting outside gaming as it does have 4 cores and 8 threads. When gaming the GTX 1050 will take over and provide the additional performance needed.

The Asus X570ZD notebook is a very interesting product indeed and we are waiting to see what kind of performance it has to offer. AMD APUs are not as power efficient as the Kaby Lake-R refresh and we will have to see what kind of cooling solution is being used in the Asus X570ZD notebook in order to keep the temperature in check. This is a gaming laptop at the end of the day and will dissipate a lot of heat.

Let us know what you think about the Asus X570ZD notebook and whether or not this is something that you are interested in getting.