Previously it was thought that Asus Arez was being discontinued and that Asus would sell AMD cards under the Republic of Gamers brand yet again but it turns out that the Twitter account that released that information was actually fake. Asus was quick to make things clear and the following is the post that Asus made in response to the confusion. 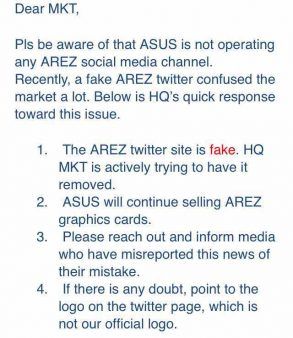 The graphics cards are still listed on the official Asus website and you can go and check them out yourself or you can take a look at the image that has been included below. 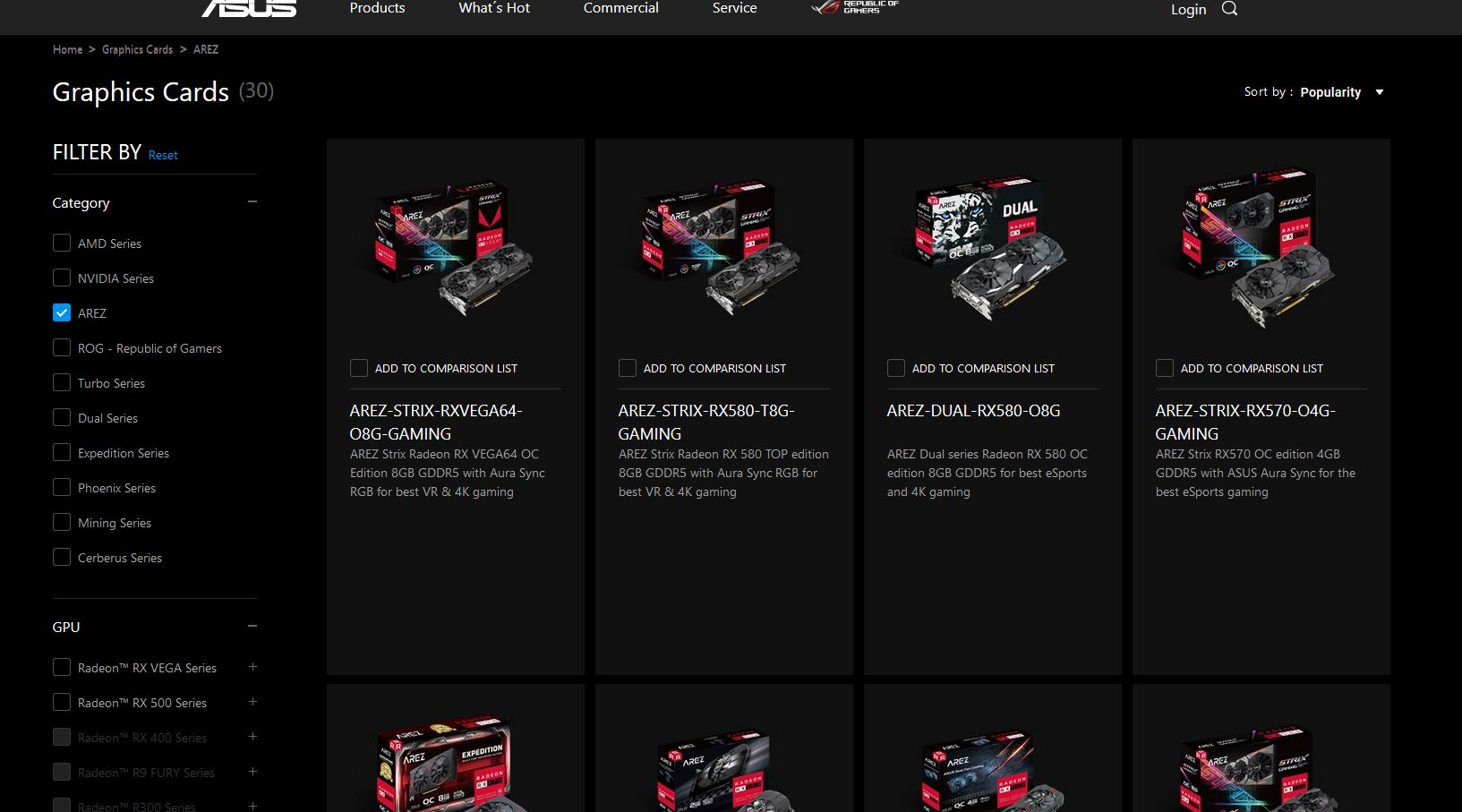 If Asus Arez was going to be discontinued and the company had actually made an official announcement then these graphics cards listings would have been removed as well. That has not happened. Plenty of big publications made this mistake but thankfully we were not one of them(not to brag or anything).

MECH 2 is what MSI is sticking with for AMD graphics cards because of the new design. This should become common knowledge in a day or two and the confusion will go away. On the Nvidia side of things, the company has announced the GTX 1050 3 GB model that has the same clock speeds and CUDA cores as the GTX 1050 Ti. Now there are 3 1050 models that budget gamers can choose from.

Furthermore, we have heard about the deal between Nvidia and SK Hynix to provide GDDR6 memory. This could mean that the previously leaked specifications of the GTX 1180 were real. The upcoming GTX 11 series could feature GDD6 memory. While we do not know what kind of performance gains you can expect to see as compared to GDDR5 and GDDR5X this is very exciting news indeed.

If the gains in performance are similar to what we got from moving from GDDR4 to GDDR5 then you can expect to see 40% increase in performance which is plenty. Do take this as speculation and not actual figures. We will let you know more about the performance when the Nvidia Volta graphics cards are officially announced.

Let us know what you think about the Asus Arez series of AMD graphics cards and whether or not this is something that you are interested in.