TSMC, Apple’s only processor provider, has opened a manufacturing plant in Taiwan for 5nm chips. Reports indicate that TSMC wants to get 5nm ready by the development of 2020 iPhones so that Apple will continue using their chips. That TSMC is planning to spend $25 Billion towards the affordable manufacturing process of these -chips says something. Maybe it’s that Apple’s business is a profitable one. It could also be an attempt at getting the tech giant to bring their phones back to the average consumer’s affordability. For the time being, Apple is staying with their 7nm FinFET A12 chips, for 2019.

Moving to a 5nm manufacturing process will most likely prove to be very beneficial for Apple. Not only will the processors to come from this process be much more powerful than their 7nm predecessors, they will also demand less power from the battery which will result in better battery life. Predictions for the processors is that they will be at least 40% faster than 7nm. However, that’s a deduction made purely through hypothetical mathematics.

Furthermore, if Apple intends on bringing the 5nm chips to Macbooks, iPads, and iMacs then the results there might prove to be phenomenal. However, Apple has so far stuck with Intel chips for their Macbooks and iMacs. Hence, it may not be the case. 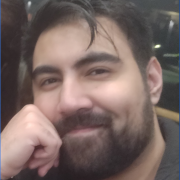