As per a tweet made by the official N26 Twitter account, Apple now plans to launch their  Apple Pay services into further parts of Europe such as Austria, Slovenia, Slovakia, Portugal, Greece, and Estonia.

This news was confirmed by other sources such as the Slovenská sporiteľňa bank in Slovenia and the Erste Bank in Austria through their own Twitter accounts. Although no concrete date has been stated that would confirm when the Apple Pay services would be released in the above mentioned countries but the tweets made by these banks would point that the release dates aren’t very far.

Since 2014, Apple Pay has been the primary mobile payment service by Apple that has helped Apple users with transactions through NFC chips built into their phones. The service started small but owing to the worldwide recognition of the brand name, Apple regularly incorporated banking and retail partners to improve the service and expand it further to different regions of the world.

They are now one of the most popular mobile payment services currently in the world who are innovating and changing the face of digital wallets as we know them. The system has also done the company very good as Apple gets a small cut made from every transaction.

Because the world is getting incredibly digitized, even the concept of currency is moving into the digital realm. Instead of having to use wallets to pay for things with physical cash, people use mobile payment services such as Apple Pay to make their transactions far more simple and convenient. And since Apple is known for being particular about their users security, their Apple Pay service employ a method called tokenization (where instead of transmitting credit and debit card numbers in the air, they generate a coded number for one time only that is very safe) that is reliable and trustworthy. Although percentages dating back to February of 2018 states that only 16% users around the world use digital wallets, that number is expected to rise drastically in the next half decade as services like Apple Pay and Google Pay grows aggressively in other parts of the world.

It is interesting to note however that the Apple Pay service still eludes the Netherlands. Having one of the finest banking systems in the world, nothing has been said that would imply that Apple plans to enable their mobile payment services in Netherlands yet. Although with the rate that Apple is growing, they could soon become active in that country too. 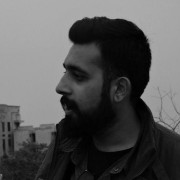 Hamza Zia Khan
A tech savvy, gadgets afecionado with fondness for games and electronics. Obsessions include being in touch with the latest mobile phones and computer devices, while also spending a fortune to build a gaming library.
Trending
Close
Posting....
Close