After Nvidia’s not so well received release of the new GeForce RTX cards last month, there has been talks of the new cards from the red side. AMD had revealed the new Vega cards using the 7nm architecture back at Computex 2018 in June. AMD seemingly is going to be adding “XGMI” or GPU-GPU interconnect technology to the Vega 20 cards.

NVLink technology from Nvidia is not new to the market, it was supported by the previous Pascal architecture, although it was only used in high-performance computing cards like the Tesla P100 GPUs, NVLink technology was targeted at server grade multi GPU and CPU machines but that changed when they introduced the technology to work with consumer grade Geforce and Quadro cards with the Turing architecture, which offered them to have a higher bandwidth, and better scalability to solve the interconnection problem with a high-speed bus to support the SLI technology. 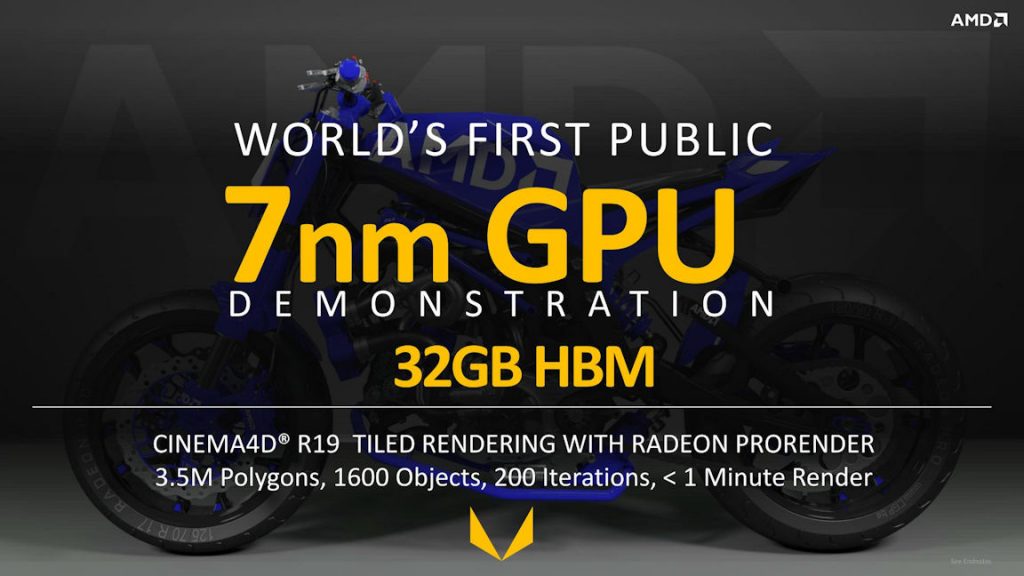 With all the speculation that had been going around AMD Radeon Vega 20 GPU, AMD came out and announced that the 7nm Radeon Instinct Vega was optimized for the server, workstation and high-power computing market. With that AMD also announced a new high-speed interconnection technology, H/W based virtualization and new deep learning operations that are to be added to their enhanced Vega 20 graphics core.

More information came out from the new GPU driver update for AMD on the Linux platform with XGMI appearing in the patch. The interconnect technology will effectively double the Radeon GPU bandwidth based on the PCIe 3.0 interface, up to 16 GB/s, and with there being a possibility to increase the total bandwidth up to 64 GB/s by making use of the x16 interface.

The AMD Radeon Vega 20 card will be an updated version of the current Vega GPUs with the 7nm architecture boosting its efficiency by lowering it’s power consumption and also increasing the clock speeds over the current cards. The new Vega 20 cards will also support PCIe 4.0 bus along with the next generation EPYC server platform, and will have backwards compatibility to PCIe 3.0 bus.

It is not yet known if and when the XGMI technology will be available for consumer grade video game GPUs or if the new Navi architecture will make use of this technology, it is clear that it will be used in the high-performance computing market to compete with team green’s NVLink technology that has been on the market for a while.