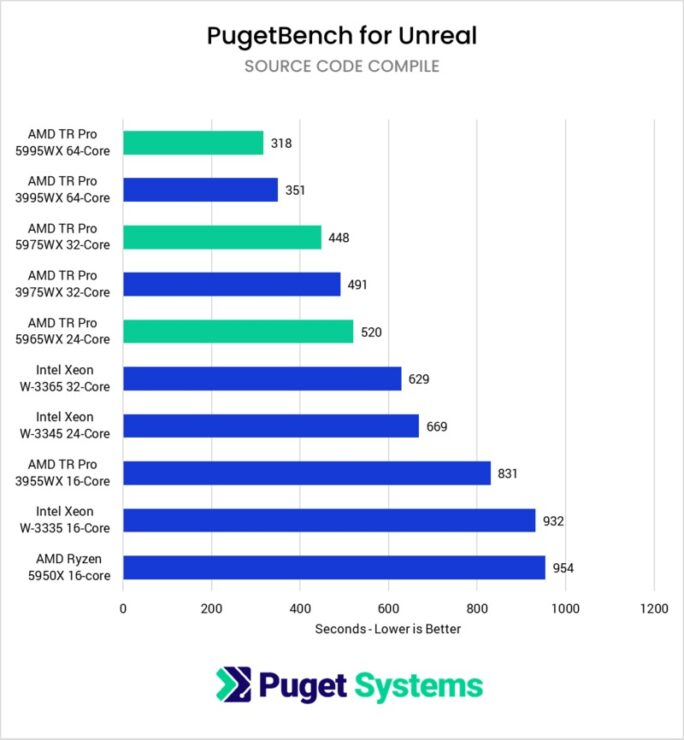 High-core count processors, like the AMD Threadripper and Threadripper PRO, enhance the Unreal Engine performance. Timing is essential for customers compiling game engine source code or processing shaders for movies, which explains why AMD’s Threadripper line is so popular.

The CPU can operate faster when a processor has more cores and threads. This is important for Unreal Engine game developers but less concerned for film production studios unless they are processing more advanced builds for the editor.

While executing code, the AMD Threadripper PRO 5995X performed 9% better than the Threadripper PRO 3995WX. Since the Intel Xeon W-3000 series only has a maximum of 38 cores, Intel did not offer any competition to these two processors.

Overall, Intel could not compete with AMD’s Threadripper PRO-class CPUs, with AMD delivering twelve to fifteen percent superior performance across all configurations evaluated by Puget Systems, enabling lightning-fast compile times and productive workflows in the majority of cases.