The AMD Ryzen 7 2800H comes with 4 cores and 8 threads, something that we have already seen but according to the leak, the CPU will have a base clock of 3.4 GHz. This clock speed is higher than any other AMD Ryzen mobile chip that we have on the market right now, keeping that in mind you can expect to see a pretty high boost clock speed as well. 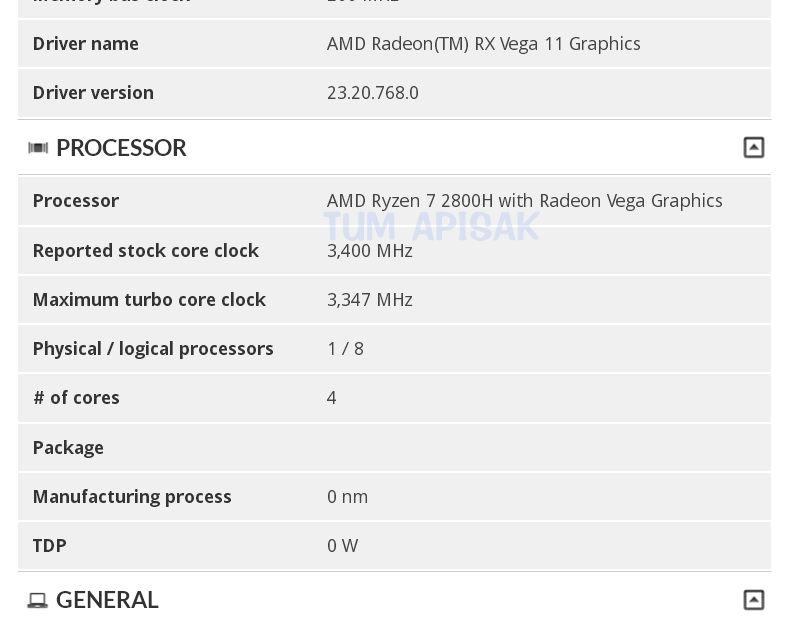 The AMD Ryzen 7 2800H will support DDR4 2400 MHz memory and will have a TDP of 35W which is higher than the rest of the APUs on the market, but then again you are getting better performance from the chip, as compared to the ones that are already on the shelves. Performance of the previous chips have been very good, looking at the specifications of the AMD Ryzen 7 2800H, it seems that things are only going to be getting better.

With Computex 2018 around the corner, we could see an official announcement for the APU. With only a few days remaining until the event, the wait is not too long. For more information regarding the AMD Ryzen 7 2800H, stay tuned.

While this mobile chip has been named the 2800H, it is interesting to note that we did not get a 2800 on the desktop side of things. This might be a hint that there will be a desktop 2800 coming out as well. But I would take this with a grain of salt, as it is speculation.

Let us know what you think about the AMD Ryzen 7 2800H and whether or not this is something that you are interested in.