Some high-end mobile gaming CPUs have been spotted recently, first, we found the 2800H hanging around in the wild and now we have leaks concerning the AMD Ryzen 5 2600H. We have already seen the U series APUs and what they have to offer. Those were power-efficient chips, the H series are high-performance APUs. 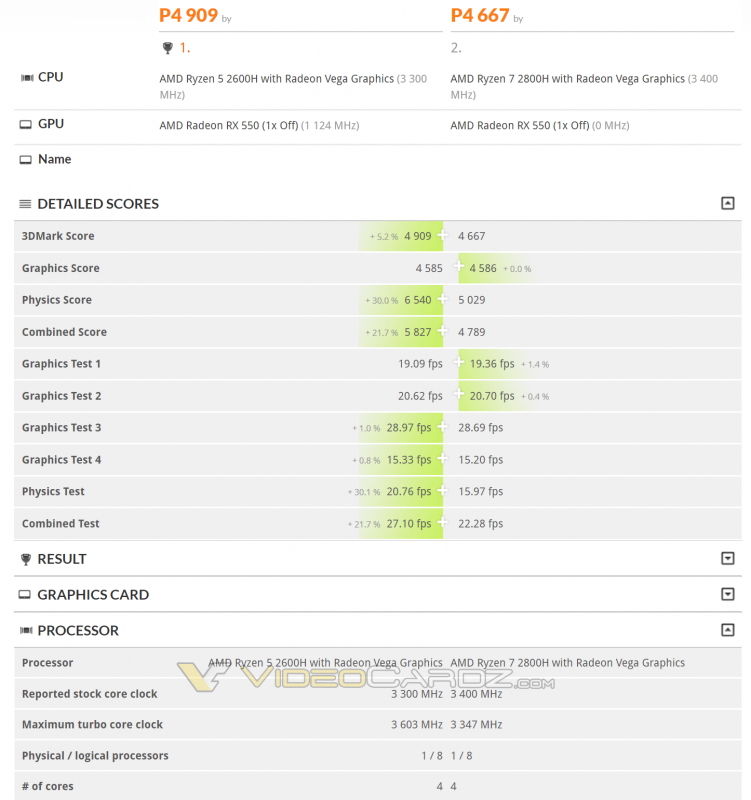 If I was to speculate, I would say that you would be able to play modern titles at 60 FPS 1080p at medium settings at the very least. Driver support is something that will be very important here and if AMD is able to optimize the APU drivers like the company has done for PC then you can expect to see an additional boost in performance in specific games.

Let us know what you think about the AMD Ryzen 5 2600H and whether or not you would be interested in buying a gaming notebook that is powered by this APU.