Couch co-op action platformer game Fortune & Gloria now has a demo. The game is currently under development by UK based develoeprs Bad Logic Studio. Earlier this week, a demo was released with the intent of giving players a taste of what to expect ahead of the full release. 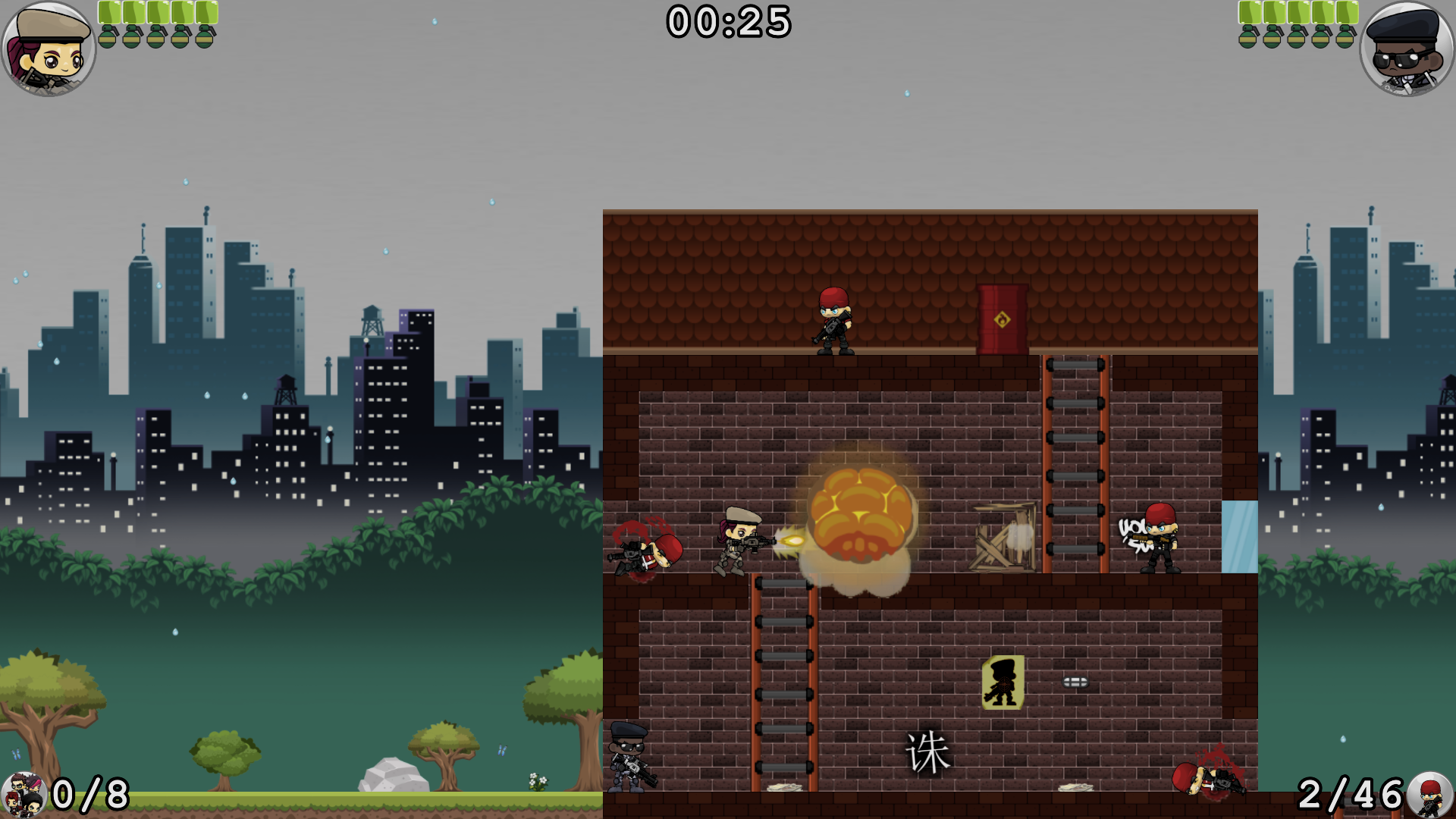 Fortune & Gloria is a 2D side-scrolling action platformer game with procedurally generated missions. The story of the game follows two heroes, Nate “Fortune” Cobb and Gloria Guerrero as they fight bad guys and rescue hostages.  The game is primarily focused on combat with weapons like assault rifles and grenades available to the player. Up to two players can team up to play a mission, making it a fun casual couch co-op experience. 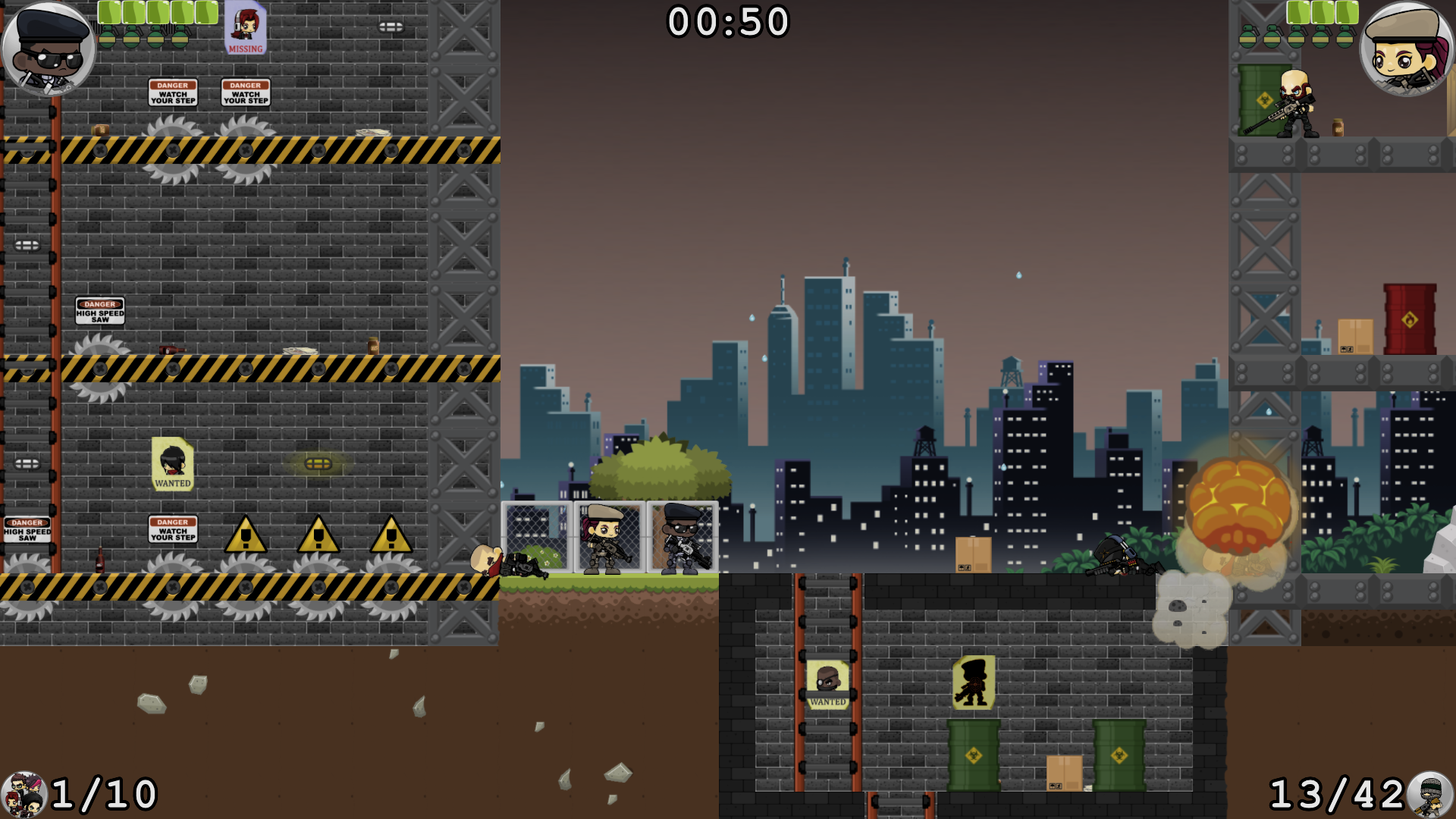 Just like in the final product, the first demo of the Fortune & Gloria features unlimited procedurally generated mission, albeit with fewer variants. There is no local co-op in the demo, only single player. As it is just a demo, it will contain one environment as opposed to five environments. In terms of enemies, there will only be one enemy unit from one group instead of twenty five from five groups. 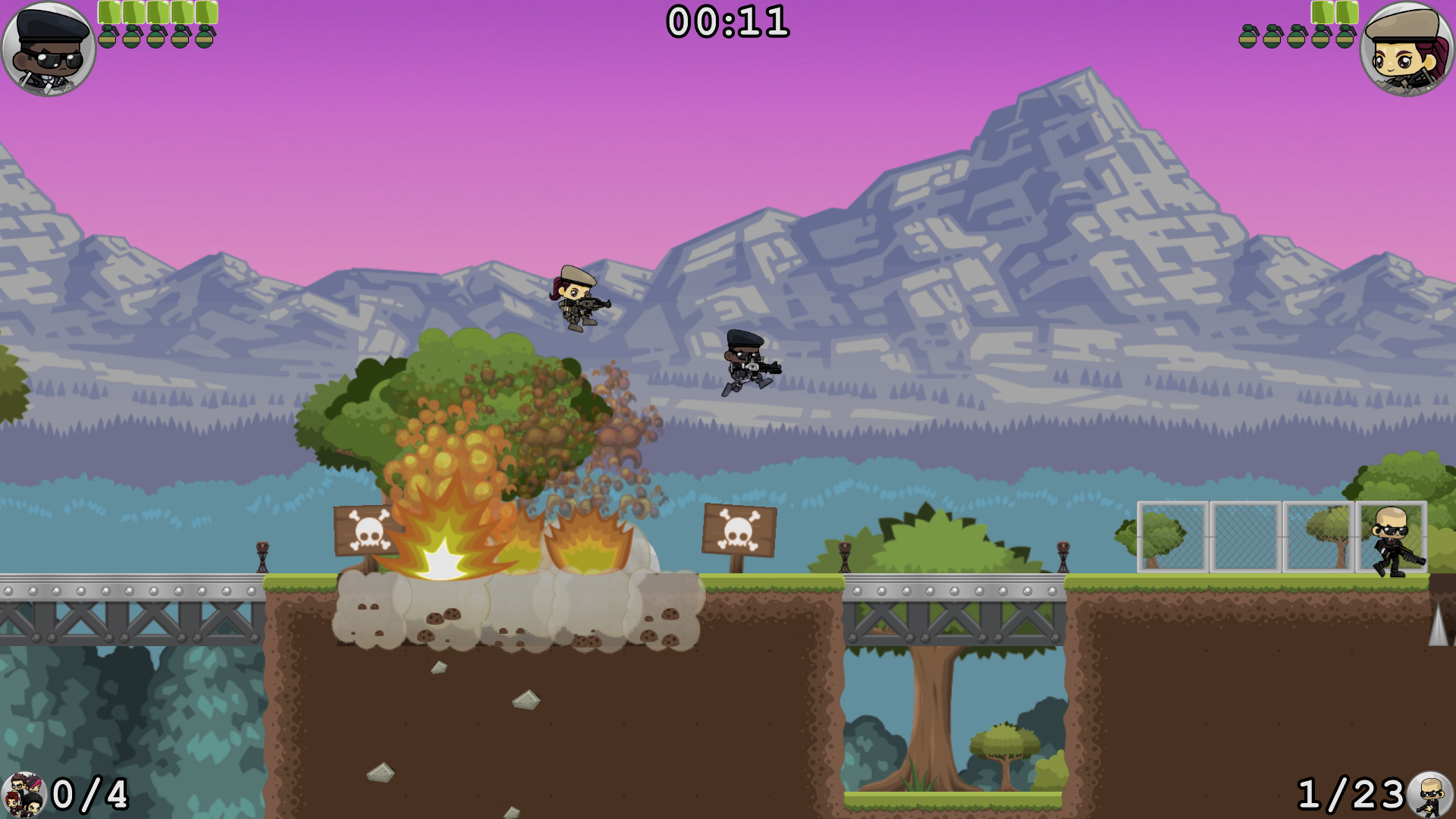 Fortune & Gloria demo supports keyboard input as well as Steam Controller and Xbox controllers. While the default controls on keyboard are Z to shoot and X to throw grenades, input type can be changed in the options to WASD or ZQSD.